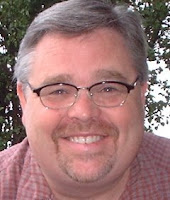 The name of my blog is “Networking is Not selling.” What specifically does that mean? If it’s not selling, are you wasting your time going to these networking events, meetings, and mixers?

According to Merriam-Webster’s Dictionary, Networking is the exchange of information or services among individuals, groups, or institutions; specifically: the cultivation of productive relationships for employment or business. But I think my good friend, Ronnie Noize, the Marketing Coach (http://www.veronikanoize.com/) says it best: “Networking is about connecting and serving.”

Recently, I was at a networking function here in the Portland metro area. As a matter of fact, I was attending one of my own I Take The Lead networking meetings. To my right sat a young financial advisor, representing a company I’d heard of but really knew very little about. This young man – I’ll call him “Sam” for the sake of anonymity – had an arrogant manner about him, which was a little surprising since he didn’t look like he was much older than 20. I made the mistake of mentioning the fact that I have grandchildren. The meeting ended, and we all began to disperse. “Sam” nearly broke both his legs from jumping across two chairs in an effort to catch up to me and follow me out to my car at the end of the meeting. Astonished, I turned to see what he needed from me. To my amazement, he went right into sales mode. “Sam” had the only product available that was going to help my grandchildren get a college education, but I needed to get signed up today! For a mere $50 per month, apiece, I could set up an account for each child, and they would forever be grateful to me…blah….blah…blah…blah…blah.

Did he get my business? Heck no! What do you think the chances are that he’ll ever get a referral from me? You’re right. He was not there to connect and serve but, in my opinion, he only wanted to make that next sale. Networking is Not Selling. Many thanks go out to my friend, Ronnie Noize and my other good friend, Dr Sean Harry, who both teach our members how to Connect and Serve.