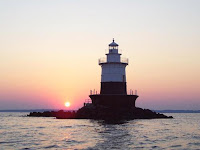 1. Don’t act desperate.
People prefer to associate with successful people. If they think you are desperate, they will avoid you like the plague.
2. Don’t sell.
Never enter into any networking situation with the intention of selling. Networking is not sales; it’s relationship building.
3. Don’t monopolize.
Respect the value and short supply of other people’s time. Appreciate that your contacts are also attending to meet people and build relationships.
4. Don’t ask too soon.
Avoid asking for help until you’ve developed a relationship with your contact.
5. Don’t solicit competitors.
Don’t ask for or expect help from those who are in direct competition with you. Be realistic.
6. Don’t show off or brag.
Nobody likes braggarts and blowhards, except their mothers, and even that isn’t always so.
7. Don’t interrupt.
It’s rude and turns everyone off. It tells people that you think that what you have to say is more important than what they have to say.
8. Don’t just talk about you.
Besides irritating others, you won’t learn anything by talking only about yourself.
9. Don’t play it by ear.
Anticipate and be prepared. Have a killer 15-second “elevator speech” prepared to deliver along with the follow-up information that they might request.
10. Don’t misrepresent yourself.
The purpose of networking is to build long-lasting, mutually beneficial relationships. If you pretend to be what you are not, sooner or later you will be caught.
11. Don’t promise what you can’t deliver.
See above.

Be clear about information you need, but don’t ask questions about areas that seem confidential.
13. Don’t linger with losers and “hangers-on.”
Your time is valuable and if you let them, some people will take as much of it as you allow. They latch onto you, try to take whatever they can get that could help them and are hard to shake.
14. Don’t overextend.
Select a few prime targets that you think you can realistically reach and put them on you’re A List. Be realistic; concentrate your utmost efforts on a few worthy targets, and place the rest on
your B List. (All of your fellow group members SHOULD be on you’re A List. These are the people who will sell you. Your meeting should be the most important appointment for the week.)
15. Don’t be discouraged.
Most good things take time, patience, and work. When you try to build relationships, you are attempting to become a part of someone’s life and many desirable people won’t let you right in.